Our stay in Vancouver was good – we were lucky enough to be in Vancouver when it wasn’t busy (by Vancouver standards), before the devastating forest fires broke out across the province (thus affecting the air quality in the city). We had three “must see” tourist sites on our list. 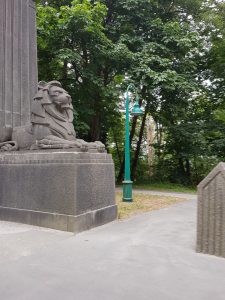 The first being Stanley Park. The park is just across the Lions Gate Bridge and is 400 Hectares in size. Incorporated in 1886, it was the first park in Vancouver and was created by nature. It’s dense forests have remained largely unchanged since it’s inception. Some of the trees in the park are 100 years in age and stand up to 79m tall. Unfortunately, much replanting has happened in the past years as trees of this size are susceptible to wind damage. Given the park is nearly surrounded by ocean, the gale force winds have toppled many trees in recent years. 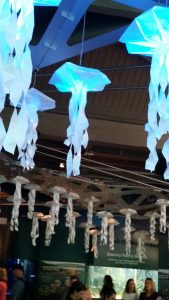 Within Stanley Park lay the Vancouver Aquarium. Opened in 1956, the Aquarium is a centre for marine research, conservation and marine life rehabilitation. Like most zoos and aquariums, the Vancouver Aquarium has had captured animals (in the past). Animals on site now have all been obtained through other captive breeding programs. Their current marine mammals (as of June 2017 – see note), are animals that are unable to survive in the wild. Helen – a 30 year old Pacific white-sided dolphin who was transferred from an aquarium in Japan (where she had been rescued as she had been found tangled in fishing nets and lost her pectoral flippers). Her tank mate, Chester,  a false killer whale, also rescued when he was found stranded on a Vancouver Island beach in 2014. 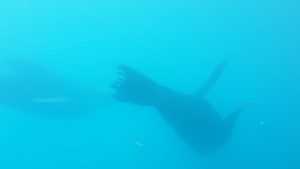 The Aquarium also houses sea otters (6), all of which were found injured or abandoned as well as 4 sea lions (part of UBC’s research programme) as well as a host of other creatures (see the Aquarium’s website for a full listing). 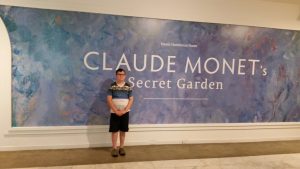 Our next stop was the Vancouver Art Gallery. In addition to a beautiful Monet exhibit, they had more of Emily Carr’s artwork! We spent more than half a Sunday wandering the beautiful galleries. Being it was a Sunday, they were hosting a special family oriented set of activities. Our son was able to participate in only one activity as the were geared for younger children. Provided with a colour and black and white inkjet printed picture, the instructions were simple – use a cotton swab dipped in water to ‘draw’ on the photo. The results were very cool. It was science and art combined and he was able to accurately predict the outcome of how the inks would run to enhance and change the picture. More water, less water, smudging – it was a very interesting project. Run by volunteers in the rooms upstairs in the gallery were helpful, engaging and made the experience a very positive one. 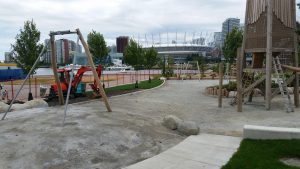 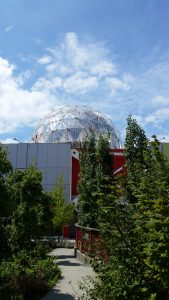 The final stop on our whirlwind stop in Vancouver was the Science World at Vancouver’s Telus World of Science. Located on the waterfront (False Creek) in the architectural centre piece of the World’s Fair (Expo ’86), the large, multi-level geodesic dome was re-imagined and has long served the community as a science centre. The grounds evolved into a living playground and science experience to serve the city of Vancouver. With a multitude of interactive displays and features a 500 seat IMAX theatre, cafeteria and gift shop, it is a fascinating way to spend a day. 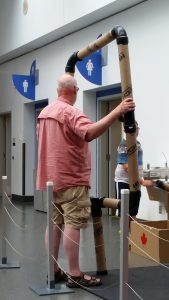 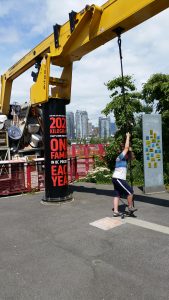 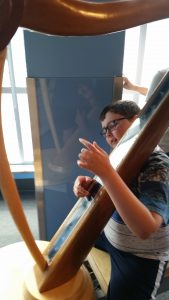 Vancouver is a beautiful, albeit very large, city. It is fairly easy to negotiate your way through and there are many beautiful places to see. We know there are still many things to see and do the next time we come to town!

Note: Chester passed away November 24, 2017. He died of a bacterial infection. Chester’s health had been challenged all his life, a result of being stranded as a youngster. As the bacteria was communicable, Helen was treated as a precaution. Due to ban on any new acquisitions of whales, dolphins or porpoises (after the Aquarium lost two beluga whales in May 2017 and a porpoise in June 2017), Helen will remain alone, unless she can be transferred to a different facility.

Want to read more about our travels? Check out the complete Our Travels series!

Are you social? Us too!